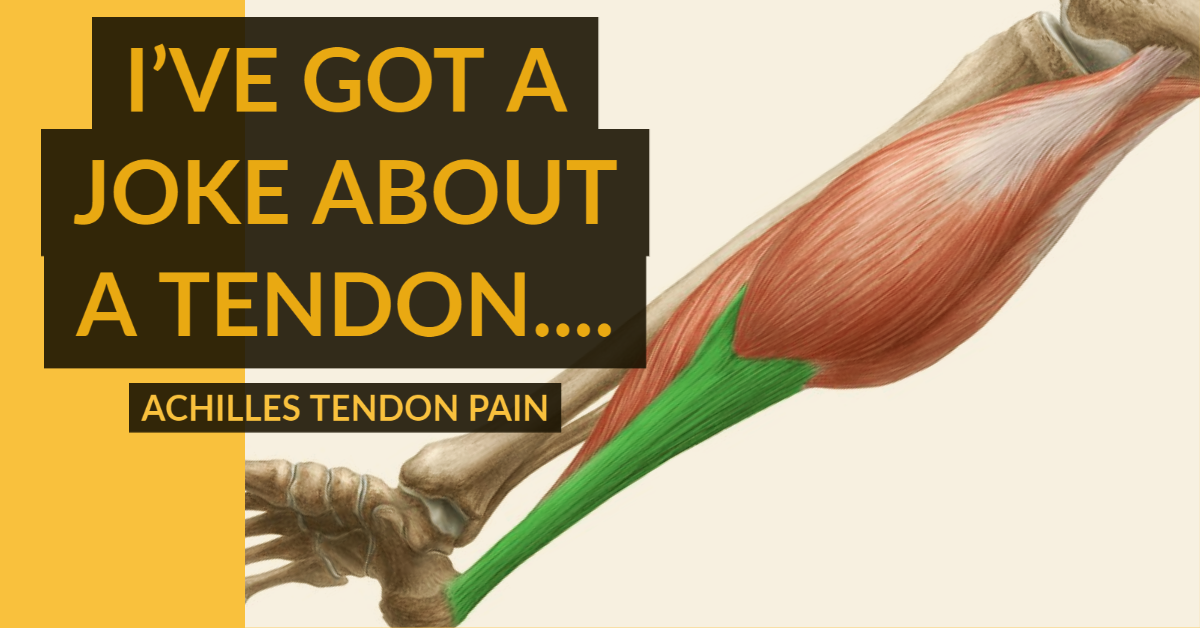 Today we are going to cover tendon injuries (apologies for the dreadful title, but I did laugh out loud at myself writing it!). Jimmy and I have seen TONS of these injuries during and since the various lockdowns, and they can be a complete nuisance for the person suffering.

A tendon is designed to transfer load, or force, from a muscle to the bone to which it is attached. For example, the achilles tendon transfers the load created from the calf muscle to the heel bone, which then points your foot down to the floor (or lifts your heels up if you are standing).

You can see in the image here that the Achilles tendon is large and the calf muscles perhaps smaller than you might have envisaged (if you’ve ever given it any thought!). The calf muscle complex is made up of two muscles – gastrocnemius and soleus, which lies deeper and lower down. 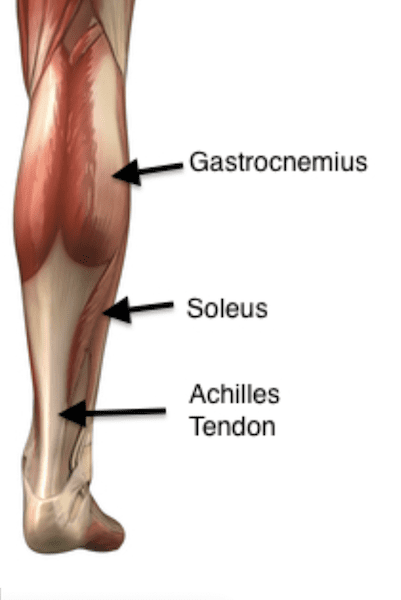 Tendon problems tend to present themselves when there has been a change in activity level – normally a sudden increase or change of activity type. We have seen lots of groin injuries, as well as ankle and foot problems this past year. Can you guess why? People have been walking and/or running much more due to lack of alternative exercise available. Another example is tennis elbow which people often get after redecorating or painting fences (also another popular activity this past year!). Tendon problems often present with pain when using it during an activity, and sometimes pain at rest after it has been used. It can disturb sleep and cause swelling in the surrounding area of tissue.

So how do we treat a tendon problem?!

This is the tricky bit! In the first few days of noticing a tendon problem, the best thing to do is back off from whatever activity has been causing the problem in the first place. However, few people actually do that (no criticism here if anyone thinks I am describing them, it is human nature to hope and expect these things to get better on their own). And when I say back off, I don’t mean complete rest either as this is also detrimental to tendon health!

So getting a balancing act between asking the tendon to do enough to maintain its health and strength, but not doing too much that it causes pain and injury. Once the pain has been there some time (weeks or months), changes occur inside the tendon which makes it more difficult to treat (although not impossible!).

There will be lots of factors that play into why someone develops a tendon problem, and it often stems from faulty movement patterning (just the way we move) coupled with the increase in activity. Smoking and certain medications can also affect tendon health so there is a broader conversation to be had.

Fortunately, we have a fantastic piece of equipment called Shockwave. This not only helps to reduce pain in a tendon (and muscle), it actually helps the tendon to heal through encouraging inflammation (which is an important part of the healing process). This is effective when combined with tendon strengthening work to increase the tendon’s ability to do its job.

So there is tendon injuries in a nutshell. This information only applies to tendon loading problems – tendon ruptures are a completely different issue and beyond the scope of today! You can also get tendon problems in growing children, but again this is a different topic due to the inherent differences in bodies of children to adults.